*Editor’s note:  The questions below were submitted by Jason’s colleagues.  The questions are believed to be fair and true, and represent the team’s sincere desire to get better acquainted with Jason Rubacky and his inner workings.  Go donkey, go! 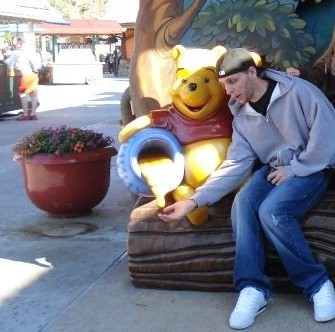 How did you get involved in the affiliate industry?
It all began when I was a young lad…. ok not really! About 5 years ago I was working as a customer service manager for a dot com company and hung around the marketing team a lot. I had a ton of ideas for personal sites but had no idea of how to develop or market etc.  So with some car salesman moves I convinced the developer and designer to help me get started and my first site was born. From there I started reading books on design and code and started making my own sites. Added some merchants (and yes ShareASale was the first network I joined) and started doing fairly well. Then I was offered an affiliate manager position which I accepted. I figured I knew what an affiliate needed to be successful so I could really do some damage as an AM. Now here I am at the network that brought me into this world as their Affiliate Development Manager… I have come full circle!

What do you like best about your job?
I love everything about my job! Funny thing, I told my wife 2 years prior that I was going to work for ShareASale some day.  I work with such an awesome team with an amazing leader who really cares about the industry as a whole.

Also, it is very rewarding to me to assist affiliates in the growth of their sites and watch them become successful. I received an email from an affiliate last year thanking me for having to get a 10-99 last year. They had never made enough to reach this level and told me with my assistance they were now making so much they had to pay taxes. That feels good! (well not the taxes part)

How do you know when it’s time to stop getting tattoos?
I know it’s time when my wife makes me sign a contract this past weekend before I left to go to the tattoo shop. Seriously look! I’m not sure how binding the contract is… allowedness?

Would you be so goofy if your name was Jason Smith instead of Rubacky?
Not at all! I would be the most upstanding individual you would know, probably even president if I were Jason Smith. Kissing hands, shaking babies… wait.. did I get that right? ;)

What animal best matches your persona?
I would say a donkey…. yes because I am a jackcensored. But a donkey is a loyal work horse that does what it takes to get the job done with what resources it has and doesn’t complain about it.

If you could play on any professional sports team, which would it be and why?
It would have to be the Pittsburgh Penguins for a few reasons. First because I am a hockey nut and the Pens are my team. Second, so I can put  Sidney Crosby in check. Don’t get me wrong, he’s a great player but man does he whine and cry  A LOT!  And third for redemption against those Red Wings for stealing Hossa and beating us in the Stanley Cup Finals!

In 10 years, I hope to…
Be alive…. In 10 years my daughter will be 16! I’m not sure if I’m going to be able to handle that. Also, I want to still be part of the ShareASale team when we become the number ONE affiliate network in the industry!!! Watch out world… here we come!!!