I realized recently that I had been working in Affiliate Marketing for about a decade or so… which, along with reading some other “Top 10 decade moments” recently, had me thinking about the Top 10 moments in our industry.

I’ve comprised the following list which, I admit, is just my own personal opinion. I probably even forgot or accidentally left out an important one that I’ll remember later. :) Please feel free to share your opinion or top 10 in the comments below!

Published originally in April of 2001, this book represented the first centralized source of information directly related to running an affiliate program. With so many retailers at the time getting in to the Affiliate Marketing industry, this book became the de-facto standard by which a number of programs were run, and spawned an industry of handbooks, guides and other resources. 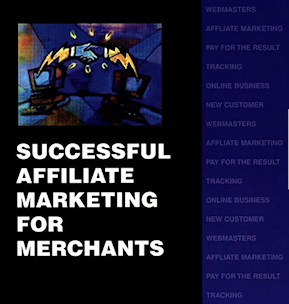 The quote on the front cover told the whole story at the time… “If you manage an affiliate program, you need this book.” (quote from Allan Gardyne, AssociatePrograms.com)

I questioned this entry, as in reality – it is based on our lives as a whole, and not necessarily related simply to Affiliate Marketing. However, it is impossible to debate the impact these two social platforms have had on our industry.

I don’t know the official launch date here, although I do know that my very first “tweet” came on December 20th of 2006:

Since then there have been a number of community initiated “improvements” such as the “Birth of the Hashtag (#)”, the huge watershed moment in 2007 at the SXSW festival which merged the real-time chat like interest of Twitter with live conferences, and the ReTweet.

Communication will likely never be the same.

Yes, I realize that there is a conflict of interest here … but since this is my list of most important moments, I thought I should probably include the launching of my own company. :) Feel free to substitute the launching of your company here instead. :) 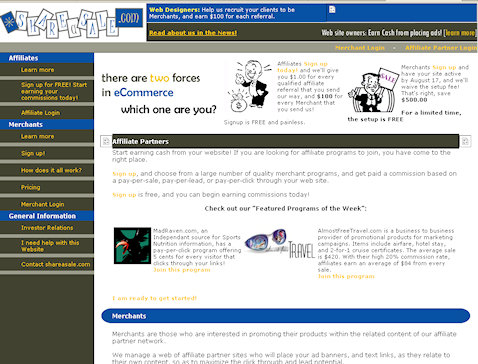 In March of 2000, I launched ShareASale with the goal of providing a true competitive choice to the platforms that were available at the time. I still remember some of our earliest clients, as well as our first introductions to places such as ABestWeb.com and Affiliate Summit. I had so much to learn, and seemingly not nearly enough hours in the day to program!

I count as impact to this industry, ShareASale’s unique stance regarding adware and other software that was prevalent (more) at the time. In the early 2000s, some of the most “powerful” affiliates were those involved in adware, spyware, and a number of other questionable practices. Companies would “bundle” these applications in games targeted at children, and then reap the benefits through automatically generated commissions upon sales being generated on those machines.

I doubt that anyone would argue the merits of this form of advertising now, but at the time is was extremely prevalent. I admit that I didn’t know too much about it prior to being asked “What’s your stance on adware?” – but it was very clear to me that this was a type of business that did not fit with my ideals of what Affiliate Marketing was, or could become. ShareASale unilaterally rejected all software affiliates, and at the time was the only network to do so… The decision was personally satisfying to me, as well as professionally – and I’m glad we ended up on that road. :)

Unfortunately, I was unable to find the original press release on DirectTrack’s Network Version (approximately 2003). Perhaps one of my more well informed readers can help me out – and I can update this post at a later date… but it was in that document, that lay the entire CPA Network industry.

Prior to that moment, growth in Affiliate Networks was relatively slow. The reason, of course, is that the development of the software platform, infrastructure, human capital etc… was a tough road to go down. With the introduction of the DirectTrack Network Version – seemingly anyone could launch an Affiliate Network… and depending on who you ask, this was either a great or terrible thing.

This swift growth in networks came with a differentiation that we are all very familiar with – the difference between a traditional “Affiliate Network”, and a “CPA Network”. I won’t go into the ins and outs of this distinction, but it is clear to me that the CPA Network industry was born to DirectTrack – as today there are some of the largest names in the CPA industry (Rextopia, CPA Empire later Affiliate.com, ClickBooth, XY7.com, and a ton more…) who run the DirectTrack software according to their website.

… if you thought I was going to say Google, you were wrong. While technically happening in the previous decade – I waived that requirement for this list, due to the massive influence that this one moment had on the future of Affiliate Marketing. 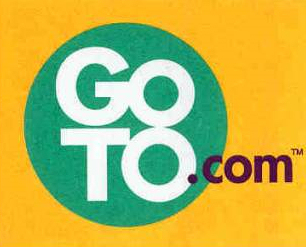 Goto.com was a spin off company of Idealab in early 1998, when it offered the first real opportunity to advertisers the option of bidding for the right to appear at the top of a search listing for a given keyword. As most everyone reading is aware, this model of advertising was arguable perfected by Google – and is a huge source of traffic for Affiliate Marketers today.

Goto.com was successful in court battles as well – after previously negotiating a settlement for over $20 million in their favour in a dispute with Disney, GoTo (later Overture and Yahoo) technically still holds the license to “Pay Per Click” marketing which is granted to Google in a perpetual license according to the following article. (http://news.cnet.com/Google,-Yahoo-bury-the-legal-hatchet/2100-1024_3-5302421.html)

The history behind GoTo.com is actually quite an interesting read in itself, here is the Wikipedia article link.

#5 ABestWeb is Born, and later Sold…

Prior to 2001, there wasn’t much public discussion going on amongst Affiliate Marketers. Sure, there were some network specific forums, some webmaster forums and a few email lists that boasted a variety of levels of participation – but nothing quite like what was founded by Haiko de Poel Jr. in 2001. ABestWeb was founded on the premise that all Affiliate’s voices had a right to be heard, and that a third-party was needed to ensure that Affiliates always had a forum for their concerns.

Through the years, it would have been impossible for any Affiliate Marketer to navigate this industry without coming across ABestWeb and the often heated discussions that lived there. I personally met some of my best friends in the industry there, and continue to be an active reader, poster and enthusiast.

There is a wonderful and interesting article on Haiko and ABestWeb that ran in FeedFront Magazine.

Cheers to Haiko, who recently sold ABestWeb to iNet interactive, in another huge news moment of the decade.

One really should listen to the full speech before judging – as there were a lot of misquotes and such… but the keynote speech by Jason Calacanis regarding Affiliate Marketing brought a lot of emotional responses, and also a lot of introspective thought.

I wrote at the time that the speech was powerful, and filled with great insight – but that it was delivered in a disrespectful manner. There was also a great post from Scott Jangro regarding how difficult it was to sometimes look at yourself negatively, and how Jason’s speech helped us really look critically at our industry.

Jason even came back with a little bit more information and clarification … in the end, we all learned a lot about how the outside world views us… and how important it is for us to all come together in resistance to negative forces in our industry such as spam, adware, etc…

#3 “Google is NOT your friend!” – Stephen Messer

At the time of this speech, in June of 2005, the comments of then Linkshare Chairman Stephen Messer were greeted with the equivalent of loud boos. There were only a few audible boos, however, as Stephen was (at the time) sponsoring the lunch which we were all enjoying at Affiliate Summit 2005 in Las Vegas.

However, looking back … and with the knowledge of several years to our benefit … Stephen’s comments have an almost prophetic quality. He encouraged all affiliates to look critically at their relationship with – and their reliance on – Google. As we enter a year in which Google will likely move even more aggressively within the Affiliate Marketing industry, Stephen’s comments are remembered by more than a few.

For a good review of the whole talk, check out Revenews…

Despite the misleading and misinformed reports from those first early days – Affiliate Marketers knew how big this headline was when it came across the wires. The legislature in New York State had decided that operating an affiliate program constituted nexus in a State where those affiliates lived and worked. Thus, a retailer with no ties to the state, but with affiliates in the state, essentially would be treated just as businesses located in the state.

Amazon (among others) sued – and New York courts upheld the tax although the case is still pending with appeals and the situation could still change drastically.

This one moment sparked not only legislative efforts in dozens of other States around the country, but also served as a catalyst for unprecedented collaboration in our industry. I credit this one event as the main driving force behind organizations Affiliate Advocacy and the Performance Marketing Alliance.

Hundreds or Affiliates began tweeting, blogging and interacting in ways that were previously unseen – as we all defended an obviously flawed law that threatened our collective livelihoods.

The first Affiliate Summit was not on a boat, as I commonly hear, but was instead held as a one-day seminar at Baruch College in New York City. With about 200 registered attendees, the seminar was a watershed for the now universally attended East and West shows every year. 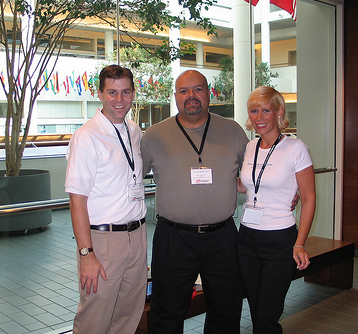 The industry changed with Affiliate Summit from a collection of people across the world who interacted solely through vague email channels and online message boards, to a full-scale interactive and connected industry. We recognized how similar we all were, how important networking and collaboration were to our youthful industry, and along the way had some fun to boot.

Industry veterans and newbies alike will probably appreciate this walk down memory lane, as the original photos from the Affiliate Summit in 2003 are on Flickr.

Lastly, if you haven’t made it to an Affiliate Summit yet, just stop what you are doing and go sign up for the show this January in Las Vegas.

Well, that’s it. A decade worth of memorable moments… and there were a ton more that I didn’t mention. Feel free to share your favourite and newsworthy moments of the past decade (or more) as they relate to Affiliate Marketing below in the comments….